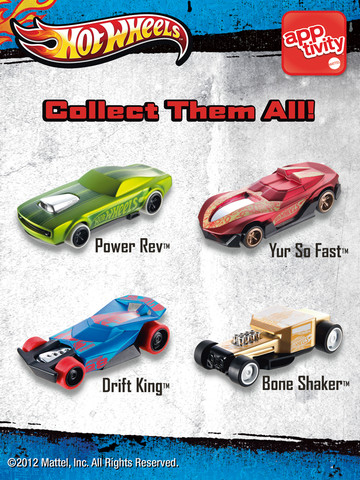 I’m pretty sure that if actual driving was as exciting as playing with Hot Wheels toy cars, there’d be a lot less road rage, fender benders, and pain at the gas pump.  We’d also be pulling loop-de-loops on the highway and jumping over cliffs to get that perfect parking spot at the supermarket.

My husband might say otherwise but I generally leave the showboating to my kids and their toy cars, with the most popular in this house being Hot Wheels.  The mini motors were first introduced in 1968 and are still going strong in playrooms everywhere including ours.  Accessories now include twisting, looping track sets and foldable “garages” to store the cars and tote them anywhere. 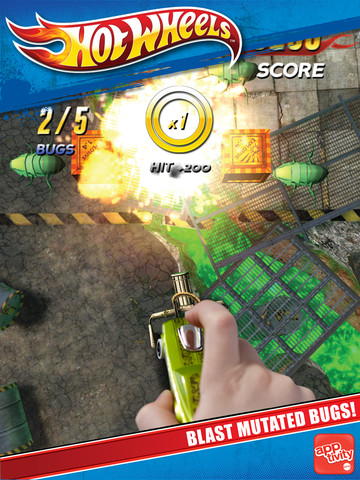 Back in December iPad Kids shared the news that Mattel released Apptivity: Hot Wheels – an app that interacts with an actual toy.  Just last week I decided to pick up the toy car as a feel-better present for my 5-year-old son who had been stuck inside for days with a cold.  After playing with the King Pig toy on Angry Birds he knew exactly what to do and didn’t let a runny nose stop him from informing me that the app was free to download. 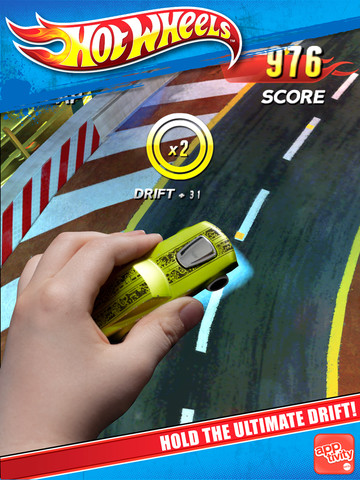 We were both confused when the app downloaded and we opened it.  It was clear where we needed to put the car on the screen but after that we were lost.  Finally we pushed a small white button on the bottom of the car and were rewarded with squealing tires and a funky soundtrack of fast-paced music, which lasted about 30 seconds before getting stuck on some animated highway.  Game play continued like this – stop and start, over and over – until I took the iPad and showed him exactly how to push on the car down so it would drive.

Ultimately my son enjoyed playing once he got the hang of it.  Like King Pig the actual Hot Wheels toy is inexpensive, ranging anywhere from $5 to $10 depending on where you buy it.  However we learned that players don’t even need the car to enjoy the game; the app gives a tutorial on how to use two fingers to simulate the car driving.   The app itself is free, so essentially you can be a Hot Wheels hero without spending a dime, but kids love “stuff” and this apptivity is a great way to impress the car collector in your house.

Put the pedal to the iPad metal with this interactive Hot Wheels toy from Mattel.