The more I hear about shady app developers targeting children and their parent’s wallets, the more disgusted I get. Between the Apple lawsuits and the high-profile cases that we have see where parents are up in arms over massive in-app purchasing blunders, you would think that the app industry would have gotten a handle on this by now. 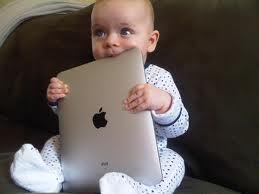 Microsoft is aiming to change the industry in a drastic way by publicizing the results of a pretty shocking survey they conducted. Although it is likely that the ulterior motive here is to have parents see the value of the parent-friendly features of Windows Phone 8 software, they have inadvertently blown the lid on the sketchy world of in-app purchasing.

The survey from a sample of 2,000 British parents who own either a smartphone or a tablet revealed that 28% of these parents said that their child has made in-app purchases without permission. Of those, 83% said they had, at one point or another, experienced “bill shock”. When asked how much they thought their bill had increased by, 83% said that their bills went up by at least 34.18 GBP. Microsoft figures that, if the survey is accurate, parents in Great Britain have collectively spent over 30 million GBP on completely unauthorized in-app purchases. What!?

Although there are settings that can be utilized and preventative measures that can be taken by parents to prevent accidental purchases by children, the real issue is that, clearly, app developers, without any heed to morality, are preying on children and taking advantage of parents, all in the name of the all-mighty dollar. In mine, and many other parent’s opinion, when greed exceeds the pursuit of fair business and the well-being of the customer, the system is officially broken. Thankfully, changes are slowly being made to stop these kinds of purchases from happening. In the meantime, be sure to take the necessary precautions to prevent this from happening to you and your child.