There has been a lot of buzz over the last few weeks about children and iPad addiction. Is it really possible? We covered the story of a 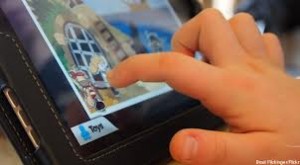 four year old in the UK who has become the first child to undergo therapy for iPad addiction. Her parents initially didn’t think there was a problem with her iPad habits, but now they are believers. Now, a professor Fudan University School of Journalism is citing that 80 percent of Chinese children who use an iPad have become “obsessed” or addicted. Is that even possible?

Cao Jin had this to say about his survey and findings:

“More than half of the parents think iPad has a bigger positive impact on children, rather than the negative side, like it could result in shortsightedness or the children could get addicted to video games. Many adults and children are becoming “obsessed” with their iPads, to the point where they cannot sleep without it, and 80 percent of children reacted emotionally when their iPads were taken away.

Electronic devices are creating social barriers within the family household. Dad was playing computer games; mom was watching American soap drama while the kid was sliding his or her fingers on the [iPad] screen. No one talks to others anymore.”

With all the hype concerning iPad addiction and now, Professor Jin’s research conclusions, parents may start considering the idea that unlimited iPad use may not be harmless after all. Moderation, as with most things in life, is the key to successfully making your family iPad as an educational tool instead allowing it to become a detriment to your child’s development.