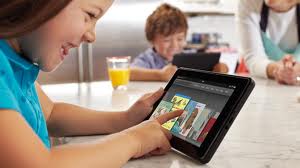 Do you ever worry that your young child might be getting too much iPad exposure? Parents are always striving to strike a balance of moderation in everything their children do. From television to junk food, too much is never a good thing, but is it possible that educational iPad time falls into this category, as well? Experts have been warning that too much screen time (iPad or otherwise) is detrimental to children ages 4 and under and now, we may just be seeing the effects of this in a 4-year-old girl from the UK.

She is the youngest known patient to be treated for this kind of addiction and her parents have since learned that her compulsive behavior problems are due to an addiction to the family iPad. When the girl became increasingly “distressed and inconsolable” every time the iPad was taken from her, the parents knew there was a deeper issue than just a love of  apps.

The child’s doctor, Dr. Richard Graham, had this to say about the child’s case:

“The child’s mother called me and described her symptoms. She told me she had developed an obsession with the device and would ask for it constantly. She was using it three to four hours every day and showed increased agitation if it was removed.”

Dr. Graham went on to say that young technology addicts can even experience the same withdrawal symptoms as a heroin addict or alcoholic when the device is taken away from them abruptly. Scary!

It is important to weigh the risks and the benefits of a tool like the iPad and make an informed decision about how much time your child spends using technology. Dr.Graham emphasized that the iPad is better used as an educational tool in a parent’s presence rather than an unsupervised pacifier.

With the release of this information, parents (like myself) will likely pause and reflect on how they allow their younger children to use the iPad. So many awesome educational opportunities have presented themselves with the age of children’s apps that striking a healthy balance has not only become important, but essential.