What Today’s Kids Are Missing Out On 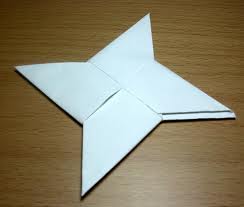 Just the other day, while tackling some spring cleaning in our garage, I came across a folder overflowing with notes written some 25 years ago by my middle school friends. They were folded in that awesome middle-school-origami way. You know what I’m talking about…the folded tuck, the modified flying airplane, the four-pointed star, and the four-fingered diamond, just to name a few. Their form alone, without even opening them up and reading the going-steady drama within, was enough to make me smile and get all nostalgic about the way things used to be. I had to wonder whether the kids of today went to such lengths to covertly communicate with their friends behind the teacher’s back. With seemingly every kid having a cell phone nowadays, I would have to think that notes have been replaced by texts.

Then I got to thinking…what else are the kids of today missing out on? I thought I’d share my list with you. I’m not saying everything on this list is missed; progress and improvement have been made in some areas. However, the disappearance of others is quite unfortunate and sad to me and maybe you, too….

This is a quick and short list I’ve been adding to as the day has gone on. Thanks to my Facebook friends, some of them authors of the 25-year-old notes in my garage, for their contributions. Children of the eighties and nineties unite! Add to this list in the comments section. The nostalgia is good for a smile 🙂