Why Your Toddler Is An iPad Prodigy 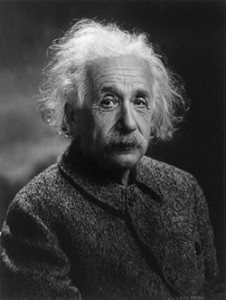 Two-year-olds aren’t great at many things. Well, let me rephrase that: They aren’t great at many resume-worthy things. I’m pretty sure my toddler can pick her nose better than anyone else around, but you won’t find me staring at her with awe as she digs for gold. Put an iPad in her hands, however, and suddenly I’m ready to call the networks and tell them about the prodigy sitting on my couch.

Alas, I cannot continue to boast as though this is something unique to just my children. It turns out everyone’s kid is a genius with the iPad.

When my husband sheepishly informed me last year he was purchasing for himself a $500+ gadget, he used the kids as a justification for his newest toy: “Just think, hun, we can put games on it for the kids!” At the time, my children were one and three years old. Building a tower out of blocks was challenging enough for them; how in the world would they successfully manipulate an electronic device like the iPad??? Fast-forward one year later to a time when the iPad is no longer Daddy’s toy but instead the most coveted plaything for the five-and-under crowd.

The iPad as a Toy

Handing a toy to an adult is a vastly different experience than handing that same toy to a child. The adult will observe it and attempt to understand its purpose and inner workings before playing with it. He will most likely over-think it, worry about how it could break or whether he’s even playing with it the “right” way. A child, however, will take that same toy and, without giving it so much as a thought, push it, pull it, tap it, shake it, touch it in every way possible. It is through touch that children discover their environment. The iPad is essentially a walking “TOUCH ME!” sign.

It starts with the buttons. Kids love pushing buttons. There’s something about the feel of the push followed by the reward of the accompanying sound that just hits the spot. Three of the four sides of our iPad satisfy the button craving. The power, volume, and home screen buttons are simple enough for any toddler to push and fits their little fingers perfectly.

Next comes the touchscreen. A toddler looks at a touchscreen the same way he looks at a room full of toys: A quick visual scan until something catches his eye, and then he’s off to touch it. The fun, colorful symbols on the iPad’s screen openly invite your child to touch them, and when he does, he is rewarded with play. With this positive reinforcement, children quickly come to understand the cause and effect of the many different icons presented to him.

How could it possibly get better than clicky buttons and colorful pictures that do things when you touch them? Easy: The iPad invites movement. In fact, it begs for it. Your child can’t fully play with it unless he taps it, drags his finger over it, swipes at it, tilts it, even talks to it. The iPad’s intuitive interface and its consistency and predictability across all its apps, combined with your child’s touchy-feely method of discovery, are a match made in (Apple) heaven.

Go Ahead and Brag

So it turns out our kids aren’t geniuses when it comes to interacting with the iPad. Apparently, the skills needed to play with the iPad are the very same developmentally- appropriate skills our kids use every day to explore and learn about the world around them. This won’t stop me from bragging about my little gold digger, though. She may not be doing anything out of the ordinary with the iPad as compared to her peers…but she certainly knows how to do more with it than her parents, and that makes this Mommy proud!