Touchy Numbers Review – Get Your Hands On This App 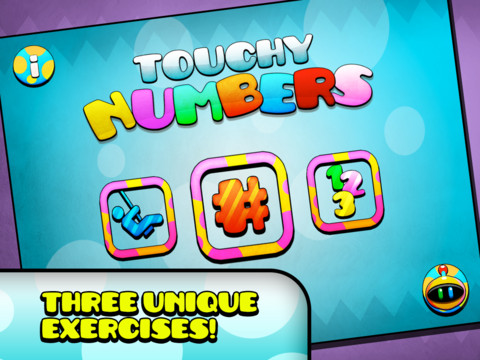 I wish someone would give me a dollar for every time I said to my kids, “Don’t touch!” or “Hands off!”  Their college funds would be well-padded and sufficient enough to carry them through several graduate degrees each.  It must be hard, though, to know which electronics are finger-friendly, especially since they’re both adept at manhandling the family iPad.  (It’s hard not to giggle when my youngest tries to use the regular TV as a touchscreen to no avail.)

Touchy Numbers is an app that actually uses a hands-on (pun intended) approach to teaching toddlers and preschoolers their numbers from 1 to 10.  Three mini-games help little ones learn digits using their digits; the first counts out loud the number of fingertips on the screen, the second repeats the number when tapped, and the third gives an image of quantity and young players must place the correct amount of fingers on the screen. 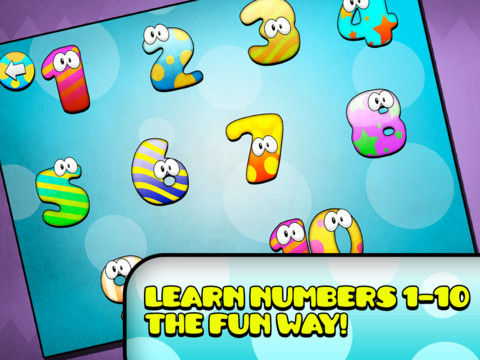 Beyond the catchy soundtrack and colorful visuals, there isn’t much to this app.  That’s probably intentional – the target demographic for Touchy Numbers is toddlers and preschoolers from 2 to 5 years old.  The beginner skill level of that particular age group means that the frills and extras that may come with fancier edu-apps might overwhelm when trying to teach the 2-5 crowd. 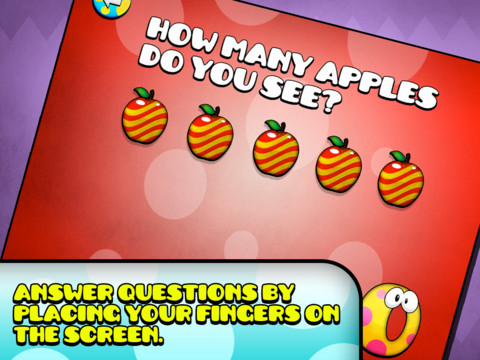 Both of my preschoolers, representing the entire target range at 2 and 5 respectively, didn’t play this app for long.  However these are two kids that cut their iPad teeth on Angry Birds: Star Wars, so Touch Numbers might be a bit of a step back for them.  I did notice that they became frustrated when the game didn’t respond accordingly, miscounting the fingertips on the screen or not even recognizing their tapping efforts at all.

I would recommend this app to iPad newbies; those young’uns who may just be learning the ins and outs of the device.  Touchy Numbers is really the very early stages of learning, and I think that even 4- and 5-year-olds may find the game a bit juvenile.  It’s a bit of a budgetary risk to take at $1.99, but for 2- and 3-year-olds who have just picked up the iPad for the first time, it’s a great way to ease into early learning apps, especially if the technical glitches are addressed in a future update.

With Touchy Numbers, learning numbers is as easy as touching the screen!