Save Time by Adding Typing Shortcuts to Your iPad 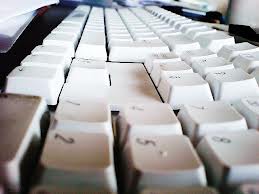 Back in the day, I used to do medical transcription work. At the time, I could boast about my 120+ WPM typing speed. I was blazing! However, I had a trick up my sleeve: AutoText. Rarely did I ever type out full words. Instead, I built a database of shortcuts for the most common words and phrases used by the doctors I transcribed for. Doing so allowed me to type faster, thus getting more work done, which translated into a bigger paycheck.

I was excited to learn recently that my iPad has an AutoText equivalent. While transcribing is a thing of the past, my fingers still have their work cut out for them with grocery lists, calendar entries, and casual e-mails. Never again will I have to type out “Everything But The” when I e-mail my husband to pick up my favorite Ben & Jerry’s pint on his way home from work; now I just type “ebt” and the iPad automatically expands it to the full name for me.

If you have a word or phrase in mind that you would like to create a typing shortcut for, grab your iPad and follow along:

To start saving oodles of time when typing, simply enter the characters of your shortcut, tap the space bar, and continue typing. Your shortcut will automatically expand into the word or phrase you desire.

When creating a shortcut, however, be sure to choose a series of characters that aren’t an actual word.  For example, let’s say you end your e-mails with the phrase “Have a nifty day!” First of all, I’d like to implore you to stop. Secondly, it would probably not be wise to create the shortcut “hand” for your closing phrase. Doing so will result in unwanted attempts by the iOS to expand the abbreviation every time you want to refer to the body part with five fingers.

Just for fun, if you’re curious as to how fast your fingers actually are, visit here for a typing test. Happy typing!