‘PlaySquare’ Brings Television To Life With Help From ‘Curious Pictures’

A start-up company called ‘PlaySquare’ has some pretty creative ideas about bringing something they like to call ‘touchable TV’ to the iPad. However, every small business needs funding for their grand ideas and it looks like PlaySquare may have struck it big with the creators of children’s programming (like Team Umizoomi!) called ‘Curious Pictures’. 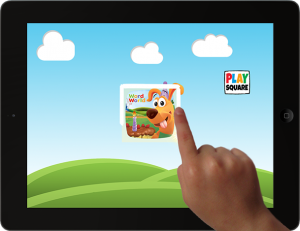 The New York City based production company, Curious Pictures, is known for its hand in all sorts of children’s (and adult) programming. Their titles include Team Umizoomi, Little Einsteins, and more. They also are responsible for the adult video game ‘Rock Band.’ Now, they are coming to the aid of PlaySquare in the form of  a $660,000 investment with the potential to fund up to 1.5 million over the next two years.

As a result of the help received, PlaySquare will be moving into the Curious Pictures office space to gain knowledge and perspective from the collective group. Curious Pictures has been known to have as many as 150 people on staff to help with productions and this volume of brainpower should certainly help PlaySquare with their endeavors as well.

Right now, PlaySquare is able to use all the rights and assests belonging to the Emmy-award-winning PBS show called “Word World”. The company’s long term plan is to transform this show into ‘touchable TV’.  They describe ‘touchable TV’ as a way for children to stop passively watching television and to get involved and interact by touching and tapping ‘in-TV’ activities that help to progress the story. It is very much different from the interactive storybooks that we are all used to as it truly is television that children can jump into and interact with. It is safe to say that this is something TV producers have been after for a long time, but have never really been able to accomplish until the advent of the iPad. Luckily for PlaySquare, they have officially cornered the market!