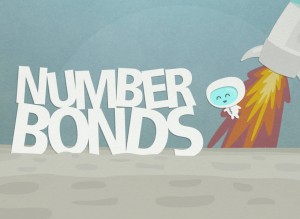 This is really geared for children who already have basic math skills – the younger crowd will have some trouble grasping the concept.

– The game  itself is really kind of boring!

Scientific Fact of the Day: There is an actual condition that causes people to dislike math, called “dyscalculia”. You can seriously impress your friends with that little tidbit. The word literally translates to math blindness, and the condition is what prompted the development of this app to help with the treatment dyscalculia. 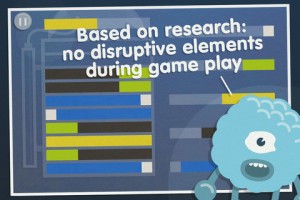 The number bond method has been around for quite some time in the context of elementary school curricula and has been used for decades to present children with a visualization of basic number addition and subtraction. In a nutshell, sum totals – I’ll use 10 as an example – are represented by colored bars placed together to add up to 10. A small yellow “2” is attached to a much larger, red “8” and compared to the long blue bar that signifies the sum of “10”. 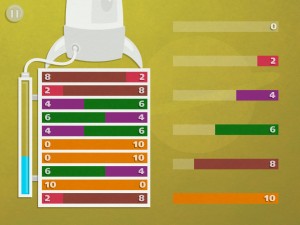 Number Bonds by Thinkout uses this same method but adds a splash of the 21st century technology of the iPad by throwing in space aliens and silly noises. I had to guide the space traveler through 5 levels of increasing difficulty to get him to his home planet after each level I was treated to a fun little animation. The game play is the same in each level, combining colored rods to reach the desired total.

Playing is easy as there are no complicated directions or long-winded tutorials. The app is also without in-app purchases and distracting ads, which we all know can sidetrack young players from learning the intended skills. While the app is straightforward and engaging for young players, it’s really dull. 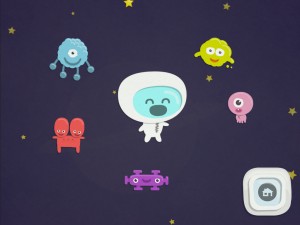 The app itself is said to be geared for kids from 3-7 but my four-year-0ld didn’t get the number bonds concept and grew quite frustrated within a few minutes. I would imagine that an older, school-aged child would be able to comprehend the skills much better, but it would be a dull process for them.

Thinkout addresses math skills quite well using the tried-and-true method of number bonds but completely missed out on the “fun” part of teaching. There are several other math apps that I would suggest before this one; you’re not missing much if you pass this one up.

One Response to Number Bonds by Thinkout Review