Technology is now such a daily part of school learning everywhere.  Computer programming (coding) literacy is being taught along side general language arts in order to give kids the skills they’ll need to succeed in the workforce after they graduate.  This is the ideal phase to introduce coding, while kids are young – it’s as if they’re learning a foreign language, and their sponge-like brains will be more open to learning and more able to absorb new concepts.

Scratch is an online coding program that lets older kids and adults (8 years and up) create their own games, stories, and animations, and share them with other members of the online community.  For those luddites in the crowd (myself included) there are a variety of companion resources available for Scratch users that guide them through every stage of programming with scratch until the process becomes intuitive.

Now the brains behind Scratch have launched a Kickstarter campaign to adapt Scratch into a format that’s re-imagined for ages 5 through 7.  From the Kickstarter description:

The team behind the campaign include members from research groups at Tufts University, MIT, and the tech-centric Playful Invention company.  Together they have raised almost $15,000 of their $25,000 goal and hope to release ScratchJr across several operating systems and platforms, increasing the accessibility and expanding the exposure that young kids have to coding. 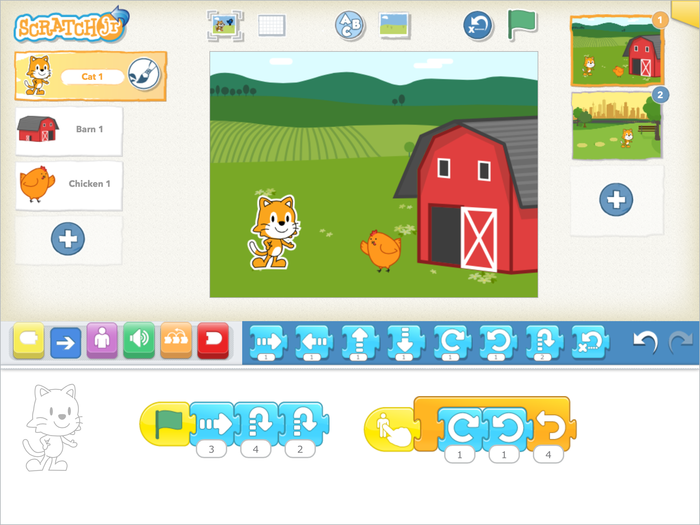