As a parent on a budget, I know I am not the only one to be severely disappointed when I download an app for my children, only to realize that it is loaded with a ridiculous amount of in-app purchases. One or two affordable ($.99 or less!) in-app buying opportunities is somewhat understandable, as app developers have to eat too…but, what about an approximate $100 worth of potential app purchases, on a kid’s app? Well, hold on to your hats, because that is exactly what National Geographic has done with their new ‘Dino Land’ app.

National Geographic released their newest app, ‘Dino Land’, this week and it is definitely taking advantage of the ‘freemium’ movement. The idea of ‘freemium’, in the app industry, is to entice the user to download an app by placing a ‘free’ price tag on it and make subsequent revenue on in-app purchases. However, it is generally considered to be in bad taste to bombard children’s apps with tons of purchasing opportunities and it is especially unexpected from a big-name company like National Geographic.

The Dino Land app by National Geographic is a dinosaur collecting game in which children unlock dinosaurs, build habitat 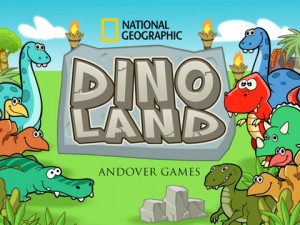 s and grow their dino-land. Kids will learn fun dinosaur facts and be able to cross-breed species to make new dinosaurs. Unfortunately for your wallet, the game’s currency is made up of dinosaur bones. These bones are used to speed up game processes so that children do not have to wait hours for their new dinosaur to be created, among other things. The app, when downloaded, comes with a few bones, but once they are gone, they must be purchased from the in-app bone store. This wouldn’t normally bother me if the purchases were small, normal ones, but in the Dino Land app, children are prompted to purchase a ‘Wheelbarrow of Bones’ for $99.99.

What? You heard right. If you have just entered your app store password to download the app, the slip of a tiny finger could cost you $100 bucks! Let’s hope National Geographic rethinks this huge misstep and removes the outrageous purchasing opportunity from their otherwise fun and creative app!