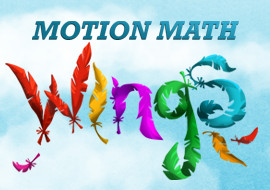 Multiply your fun and fly through tricky math problems with ease, earning colorful feathers as you go!

Some problems are geared for older learners with multiplication knowledge.

Motion Math is quickly becoming a tour de force in the math education app world, first with Hungry Fish and now with Wings.  The idea behind the games are very similar – using sharp visual elements and bright colors to engage children, the developers have “reorganized” math problems and made them fun. While Fish focused on addition and subtraction, this app takes learners to the next level by working on multiplication problems. 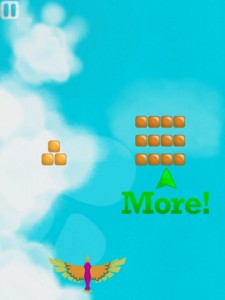 When the game opened I was transported to another world – a literal bird’s eye view of an exotic island chain in the middle of the ocean. The clouds cleared and I was able to click on the first island to start my math journey, flying through the sky over the water and choosing which group of squares was bigger by flying towards them. The problems were simple enough for my 4-year-0ld to help me solve; even at his age he can tell that 35 dots are more than 5.

Each correct answer boosted my flying speed and at the end of each round my accuracy was converted into a percentage rate, also helping to supplement math learning with a separate but apropos skill (percentages). I earned a stick for my bird’s nest and the chance to move on to another island with a slightly more difficult set of problems. 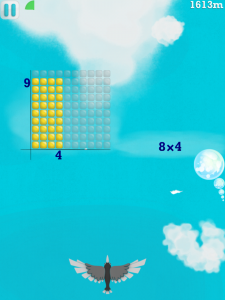 As the levels progressed the problems became increasingly complicated by switching the visual organization of the multiplication process. There were lines and groups of squares (dots), but then they also moved into a grid shape both with and without corresponding values, and then the dots disappeared to be replaced with actual numbers. The speed also increased, so by the time I had flown through the more basic levels I was pretty challenged when confronted with 35×42 or 34×44. 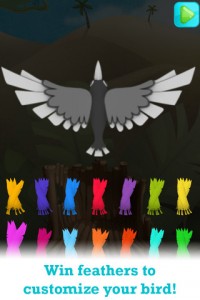 Just as with Hungry Fish, the developers want you to download additional levels to address further math learning skills. Pre-multiplication, Basic, or Advanced Multiplication each cost $2.99 or $6.99 for all. Considering I exercised my multiply muscle quite well with the levels I downloaded for free, I’m not quite sure why the extra cost would be beneficial. Unless this game is used as part of an alternative schooling or tutoring curriculum, the download price for the extras is considerably steep.

Once again Motion Math has created a fun and engaging game to help with learning math skills – true to their company motto: “Play with numbers!”