Who Will Erase Data On Your iPad: Your Kid Or A Thief? 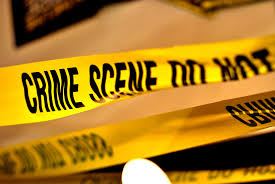 Identity theft: It’s the new big scary thing. Remember back in the good ol’ days when we were taught how to look for dangerous things? I mean, actually see them? The stranger in the mall with a tootsie roll offering, the oddly parked van with no windows, the trick-or-treat candy with razor blades…those were easy to spot. But identity theft? Not so much. Not until it’s too late.

Identity theft occurs when an impostor obtains specific pieces of personal identifying information (such as driver’s license numbers and Social Security numbers) and uses this information for their own personal gain. Identity theft can go beyond a lost or stolen wallet and encompass stolen mail, data breaches, computer viruses, phishing scams, and dumpster diving for paper documents thrown away by you or a business.

Wrap your head around this: According to one informational identity theft website, approximately 15 million United States residents have their identities used fraudulently each year, with financial losses upwards of $50 billion. Whoa.

Your iPad Will Protect You From A Thief

For many of us, our home computers have been gathering more dust since our adoption of the iPad. E-mail, banking, social networking: It can all be done on our iPad. No longer are we confined to our offices. Now our offices include the local coffee shop, playground, and ball field. With this increased portability, however, comes increased risk to our iPad of getting lost or stolen. In the hands of an identity thief, your iPad could be a goldmine of personal identifying information.

For added protection against such a scenario, your iPad can be configured to automatically erase your data after 10 wrong passwords have been entered.

Definition of thief: A person who steals another person’s property, especially by stealth and without using force or violence.

I don’t know about you, but I live with 2 thieves: One is my 5-year-old and the other her 3-year-old sister. If there is a door to unlock or a passcode to crack, by golly, they are going to give it their toddler best.

My point? Kids will be kids, and if you have some of your own, you might want to re-think whether the Erase Data safety feature is best for you. A risk assessment might be in order. Which is most likely to happen in your circumstance: Your iPad getting lost or stolen and falling into the hands of an identity thief OR your kids getting a hold of your iPad and trying time after time after time (maybe 10 times?) to figure out what your passcode is?

If your kids beat out the identity thief, go back and slide that Erase Data button from On to Off.