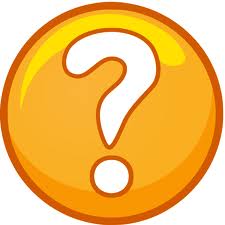 Our family iPad is a regular companion for long car trips (“long” as in the 2 minutes it takes to get to the local grocery store).  The other week, my 2-year-old attempted to watch her favorite show on the Netflix app and was devastated to find it not working.  The 5-year-old matter-of-factly told her, “There’s no internet in the car,” to which her sister screamed, “WHERE IS IT??? I NEED IT!!!” I looked in the mirror and saw the older one shrug her shoulders and roll her eyes while her little sister shook the iPad, as if the problem was a sleeping internet fairy inside the iPad that just needed a little wake-up call.

Now, several weeks later, my youngest understands she cannot watch her shows because there is no internet in the car…but what does she understand really?

Truth is, I don’t even know what the Internet is. It’s so intangible, so nebulous. I don’t think I’m particularly dumb. I mean, I do have 7 years of college under my belt…perhaps had I just stayed for the 8th year, I’d be able to explain what it is.

However, unlike us 30-somethings, our children were born into the Internet Age. It’s all they know. Perhaps they could explain it to me. To that point, I asked my Facebook friends to approach their children with the question “What is the Internet?” Finally, answers!

Okay, so let’s see….the Internet is a cool and loud storage facility six miles away where you can talk to other people, watch stuff on screens, type on keyboards, and find out lots of information.  Well, that’s easy enough! Thank goodness I didn’t spend extra on that eighth year of college!

Oh, I forgot my 2-year-old, the one who will now casually tell you there is no Internet in the car:

Well, shoot, back to nebulous and intangible. Maybe I do need that eighth year…

If you have children and would like to add to our working definition of the Internet, please leave their response in the comment section.  We would love to hear what they have to say!