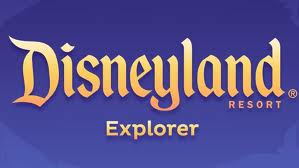 The Happiest Place on Earth is now right at your fingertips with this beautifully developed and all-encompassing virtual tour of Disneyland, California Adventures, and Downtown Disney.

By now it’s pretty obvious that Disney and Apple are kind of BFFs – there are a huge number of Disney-developed apps that are proprietary to the Apple products. While Disneyland Explorer is no exception, it’s also just another shining example of why the Mouse and the Fruit are kind of like peanut butter and jelly; just meant to be. 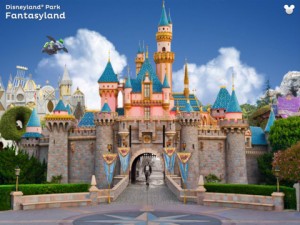 There are a bajillion guidebooks, websites, blogs, and forums that help plan the dream trip to the penultimate theme park of Disneyland in southern California, but some visitors can’t (or don’t like to) read. This app was created with those visual learners in mind. Disney superfans will also really appreciate the visual and technical beauty of this app.

The app opens with a stunning shot of the iconic Cinderella’s Castle. Underneath the main walkway was a black and white photo of Walt Disney which opened another box when tapped. I could then then choose to add Fantasyland to my list of favorites or watch a short video about Walt’s vision for the California park. 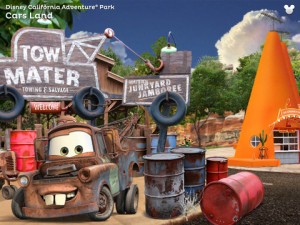 Swiping my finger across the screen continued my panoramic, photo-real tour of the park. Each location was indicated in the upper left-hand corner of the screen and major attractions offer the same choice as the Castle – either a “favorite” status or an interaction option such as a mini-game, a photograph, or a short video.

The app was recently updated to spotlight the park’s newest attraction at the sister park of Disney California Adventures, Cars Land. The opening of this section has been highly anticipated by Disney regulars and fans and the addition to the app is not a disappointment. I played a really cute mini-game featuring Luigi, the stereotypically Italian pit crew chief from the Cars movies. Tow-Mater treated me to a slew of short videos highlighting his antics.

If there was a certain area of the park I wanted to visit in the app I could tap on the mouse icon in the upper right hand corner of the screen. Arranged in an itemized list were attractions in Disneyland, California Adventures, and Downtown Disney, as well as a list of hotels on park premises. The lists are comprehensive and make navigating the app a breeze. 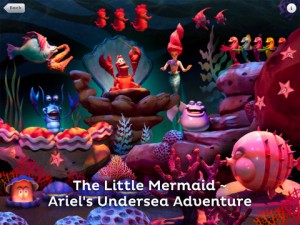 However, there is a “but” and it’s pretty major.  I wasn’t able to download this app to my iPhone after purchasing it for my iPad. This means that if I were taking a hypothetical family vacation and didn’t want to bring my iPad into the park I wouldn’t be able to access any of the great info or my list of favorites. It’s not very realistic at all to consider adding my tablet to the laundry list of items I would need at Disney when packing for a long day with two small children.

Also there is no app for Disney World even though it is over 100 times larger than its sister park in SoCal. The Florida attraction also plays host to about three times as many visitors as Disneyland does on an average yearly basis, so a Disney World app would be a worthwhile project for the Disney developers to undertake.

Generally speaking the app is a fun download and gives players a thorough walk through of the park.  I would definitely suggest it as a download if you are planning a trip to Disneyland; otherwise you’re really not missing much by not adding this to your library.

Please support iPadKids by downloading this app using the link below!