Despite Mediocre Launch, iPad Mini Destined To Be A Hit For Kids 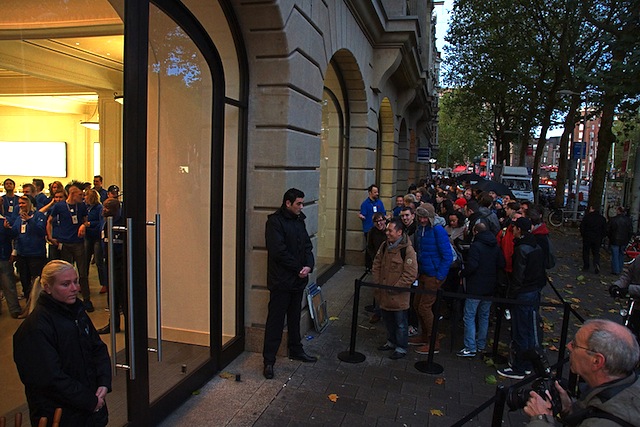 In the weeks leading up to the much-hyped launch of the iPad mini, a heated debate raged between critics predicting total failure and fans expecting the latest big hit. Walter Piecyk, an analyst for BTIG Research, has been widely quoted as insisting that “…Apple’s first weekend sales of the iPad Mini needs, at a minimum, to top the 3 million first weekend sales of the iPad 3 in order to demonstrate that the management team can execute on ramping supply of new products and to provide some evidence that there is adequate demand for a smaller iPad at these price points.”

Many experts didn’t expect Apple to hit the target. Jesus Diaz, writing for Gizmodo, was skeptical that the iPad mini could compete in today’s rapidly expanding tablet market: “…its screen real estate is inferior to the Nexus 7, Kindle Fire HD and Nook HD… and [screen resolution] will not be as sharp… this thing looks more and more clearly overpriced by the day.” Huffington Post’s Jason Gilbert elaborated, saying, “…the NOOK HD and Kindle Fire HD feature much, much crisper screens than the iPad mini… Apple’s screen doesn’t stack up, and it comes affixed to a device that is $130 more expensive than the competition.” And although The Verge had good things to say about the iPad mini’s usability and apps, they noted that “…there’s no doubt the price of the iPad mini leaves the door open for competitors” and wondered whether Apple would end up cannibalizing its own sales of the standard iPad by releasing the smaller version.

Not everyone was so quick to dismiss Apple’s impressive track record of record-breaking product launches, however. CNET argued that the iPad mini’s abundant apps and impressive hardware made it “…poised for success.” Jumping on the pro-mini bandwagon, TechCrunch wrote, “I can easily see the iPad mini becoming what the iPod mini was to the iPod — that is, the version that takes a popular, iconic device and vastly expands its user base,” and predicted sales performance “…in the range of ‘quite well’ to ‘spectacular’.” Less subjectively, the iPad mini’s pre-order sales figures pointed to traditionally high demand: the white/silver mini sold out within minutes, and the black/slate version took only 35 hours to do the same.

Now that the opening-weekend madness has died down, let’s take a look at what really happened when the iPad mini hit stores on November 2nd.

According to Apple, over 3 million units were sold in the first three days after launch – seemingly meeting the challenge set by Piecyk. Apple boasts that this figure is “double the previous first weekend milestone of 1.5 million Wi-Fi-only third-generation iPad models.” Don’t be fooled, though – Apple’s stats include sales of both the iPad mini and the fourth-generation iPad with Retina display. Since the company hasn’t released any data breaking down the sales numbers for each individual product there’s no way of knowing how many iPad minis were actually sold. However, it’s safe to assume that if both products together sold 3 million units, the iPad mini alone came in under Piecyk’s goal. Many anecdotal reports agreed that the opening day generated less fanfare and shorter lines than in the past.

Still, shorter lines weren’t exactly unexpected. The unfortunate timing of the launch, which coincided with Hurricane Sandy’s East Coast destruction, gasoline shortages, and power outages naturally limited the number of people willing and able to purchase on day one. In addition, by offering pre-orders on the iPad mini, Apple gave many early buyers a better alternative to battling in-store crowds on the 2nd. And even with all of those obstacles, the mini did in fact sell out at Apple’s Fifth Avenue location in New York City.

Although lines may not have been as long for the launch of the iPad mini as Apple executives might have hoped, we’re not ready to call the mini a flop. With a robust app store, a device perfectly sized for kids, and a kid-centric holiday season rapidly approaching, we’re predicting sales of the iPad mini will only improve. Parents will enjoy the lower price point compared to larger iPads, and Android Authority’s “drop test” proves the iPad mini is a sturdier choice for kids than its Google Nexus 7 competitor. Plus, post-launch reviews continue to rave about the hundreds of thousands of apps, portability, and sleek design of the device, with only the lower-resolution screen remaining a common complaint. If Apple can focus the conversation on a smaller iPad for the younger crowd during this holiday season, they’re well-positioned to blow the competition out of the water.