How Does Your Child’s Screen Media Usage Compare To Other Kids? 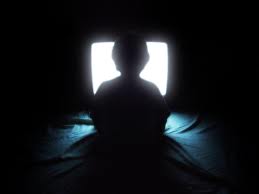 Every family is different. Each one  follows its own schedule, eats its own cuisine, and occupies free time in their own special way. As fellow parents and mature adults, we try not to judge. To each their own, right?

Right…well, except when it comes to screen time. For some reason, most of our ears perk up when we hear how much time other parents allow their children to watch TV, play video games, surf the Internet, and use mobile devices such as smartphones or iPads. I grew up hearing that too much TV would make a child violent, depressed, overweight, and/or socially-challenged, as well as blind, radioactive, or deformed from cellular mutations. Thankfully, radiation and mutations aren’t a concern nowadays, but there still persists doubt over whether a certain amount of screen time will cause psychological or developmental harm to our children. I think this is why most parents are hesitant to make their family’s screen-time habits public; we assume everyone else’s kids are severely limited in their screen time and our own children are the only ones withering in front of the screen, sure to be visually-challenged, fat, suicidal criminals when they grow up.

I’m here to tell you that your children are not the only ones getting in some screen time. A few weeks ago, Common Sense Media released “Zero to Eight: Children’s Media Use in America 2013,” a study based on a large national survey of children under eight years of age, with the goal of shedding light on the important role media play in the lives of children everywhere.  Here are a few of their findings:

There you have it, folks.  Not only does it appear as though more kids than not have exposure to screen media, but total screen time among children is actually down! Perhaps we are coming out of the age of severe limits and instead embracing moderation. Either way, I think we can tuck our children into bed tonight with 99.9% certainly that their early-childhood screen media exposure will not turn them into visually-challenged, fat, suicidal criminals. Whew!