Apple’s New Patent Could Be Your iPad’s Saving Grace 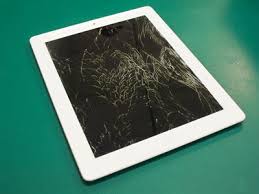 You know it when you hear it. The sound of your 500 dollar iPad slipping free of the sticky grasp that your 3 year old precariously had on it. The sound of it whirring through the air as you remember taking the case off of it…moments ago…”just this once”. The piercing shriek that comes from your child…or maybe you…you aren’t quite sure.  The sound of a very expensive device with a glass screen landing face down on your kitchen’s ceramic tile. Yep, you know it when you hear it.

But what if it didn’t have to be that way? What if broken screens were a thing of the past and your iPad could protect itself, with or without its case. Perhaps that day has finally come. As it turns out, Apple has filed a patent with the United States Patent Office that details an invention they like to refer to as a “Protective Mechanism for Electronic Device”.

Essentially, this new invention lends your iPad or iPhone its very own set of cat-like reflexes. A sensor within the device realizes when a damaging fall is occurring and it then spurs the corrective mechanism to create enough internal force to rotate the device on its axis, all while the device is hurtling toward its demise. The idea is that the device would be able to reorient itself while falling to avoid damaging vulnerable components, such as the glass display. Pretty genius, huh?

While no one is really sure when we might see such a mechanism in future Apple devices, the patent looks really promising and gives hope that we might see this feature sometime in the very near future. After all, even when my children are old enough to be able to handle the iPad safely, there are always the mini-heart attacks that I would like to avoid when I drop my iPhone in the grocery store parking lot, right?