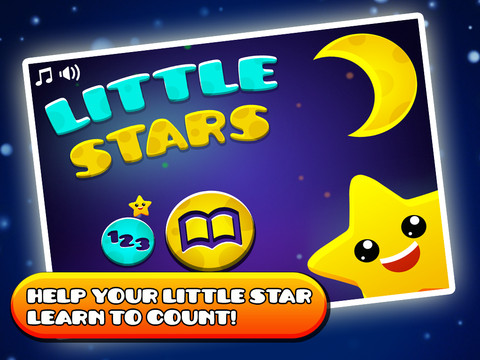 When it comes to iPad screen time, we as parents go against the majority opinion of educators, child psychologists, and behavioral specialists alike.  We don’t limit the time both kids spend playing on the device unless they show us that they cannot take care of their belongings or their attitude sucks and they need a reality check.  However, given the choice to show self restraint, they do not take advantage of our technological generosity and neither my 2-year-old or her just-turned-5 brother spend all day zoned out.

Why am I telling you this?  To be honest I could say it’s out of guilt for being a total pushover.  Mainly, though, it’s because if you’re a parent that doesn’t place heavy restrictions on technology (like me), you know that you hold children’s apps to a higher standard.  I want my kids to learn to be responsible and independent, and not having to hover while they play games is part of that learning curve.  And if you’re spending money in iTunes to help supplement your child’s education, you want to ensure that it’s money well spent and the time they spend playing is rich in developing new skill sets. 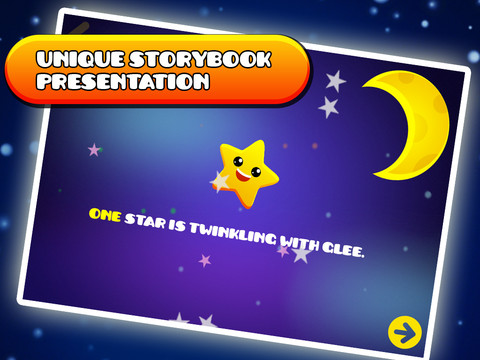 Little Stars! HD is not an example of a smart app purchase.  Sure, it accomplishes what it sets out to do – teach young players numbers 1-10 using a simple interface and catching and holding their attention.  But that’s really it.  I played through this entire app in a span of less than 3 minutes and was sorely disappointed.  We enjoyed the developer’s other release Touchy Numbers and looked forward to Little Stars, but the latter certainly didn’t measure up to the former.

In the interest of full disclosure I will tell you that iPad Kids has a relationship with Pixelnaut Games, the parent company that made Little Stars.  Because I don’t want to sound overcritical or ungrateful for the fact that we were able to download and play the app for free, I’d love to offer my constructive advice on how to improve Little Stars to make it something that kids would enjoy playing and parents would feel good purchasing. 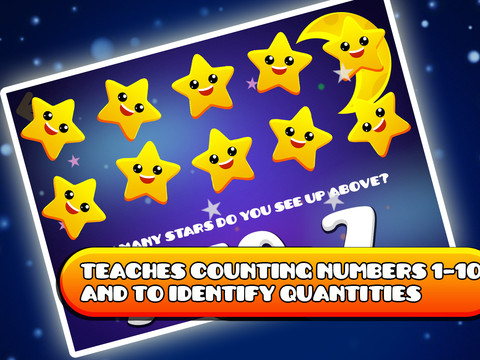 The most glaring flaw in Little Stars is its length of play.  As a grownup who budgets for iPad purchases, I would have felt cheated of almost $2 had I bought this app.  Numbers 1-10 are expressed by short rhymes and a follow-up question, making for a total of 20 or so screens in the entire game play.  If there were one or two additional mini-games that approach counting from another angle I would feel like the app was more comprehensive.

Bottom line:  We know Pixelnaut is capable of bringing  better-developed and more exciting games to the table, and we hope to see more of that going forward.  As it stands now Little Stars is a pass in my book, but it has the potential to really shine with a few tweaks and upgrades.

– What is intended as a simple learning tool just falls flat

Let your little one twinkle as they learn numbers with this starry app.