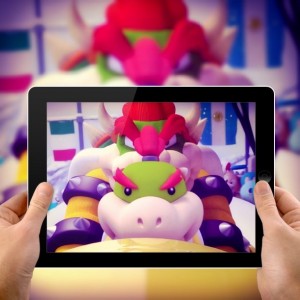 As a stay-at-home mom, my life is both wildly chaotic and monotonously boring. I take care of two children under the age of 5 who, I’m convinced, wake up each morning and conspire whether they are going to be multiple personality disordered or possessed for the day. Moods swing every 6.2 minutes (and that’s just me!). We also have 2 dogs, dirty, smelly creatures whose noses and tails are constantly knocking down misplaced sippy cups and my injury-prone children. The two cats spend their day fighting over the limited rays of sunshine on our floors and swiping at passing doggy and kiddy feet with their claws out. That’s just a fraction of the chaos, and that’s also just within the first hour of waking. Then you have the monotony. The daily grind. Every day is, in its essence, the same. I prepare the same meals, mediate the same fights, clean up the same messes. OMG, the messes, always messes! Cleaning a house with kids is like knitting a sweater with someone pulling the thread at the other end.  It’s never-ending and completely unsatisfying!

There are days where I feel like all I ever do is discipline and get annoyed by everything and everyone. I am the first to admit that I very easily lose touch with what it is to be a child.

It wasn’t until our family owned our iPad for a couple months that I happened to stumble across all the photos my children were taking with it. However, these aren’t just pictures; these are portals into their world! Each snapshot opened my eyes to what it’s like to be them. Many of them display a little too much of what it’s like in our home. For the sake of my marriage and future fortune my grown children would have to spend on therapy, I’ll only share a few with you… 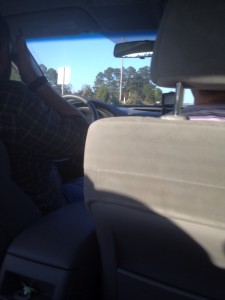 How many times have I excitedly yelled, “Hey, kids, look at that REALLY COOL thing out my window!!!” Oooops. Sorry. 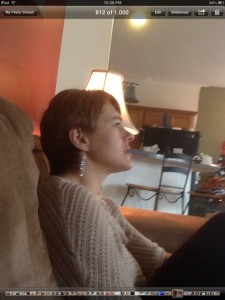 Yup, this is me. This is their mom sitting on the couch with her “OMG, you have to be kidding me” face on. Of the 100+ pictures taken by my children with the iPad, only 5 of them are of me. In all 5 of them I have this expression. Ooooops. Sorry again. 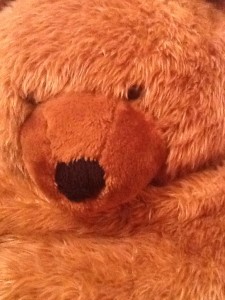 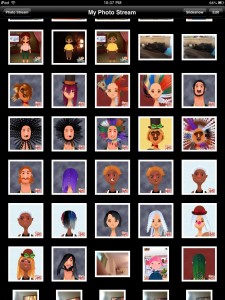 My kids are too young to come home from school waving art projects and gold stars. This doesn’t mean they are too young to take pride in things they create, though. Apparently my girls are impressed enough with their Toca Boca hair styles to commit them to iPad memory. 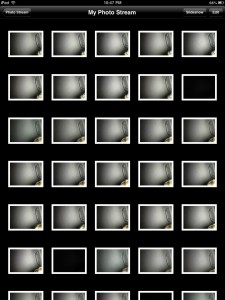 And then we have pictures like these. Shot after shot of something that caught their eye for whatever reason, something you and I would pay no attention to but for a child elicits some sense of wonder. Or maybe they were sitting on the iPad. Who knows! The mystery of it is compelling enough to be entertaining.

So, if you ever find yourself in need of a smile or a short walk in your child’s shoes, I highly recommend checking out your child’s photo stream. If they don’t know how to take pictures with the iPad yet, a quick lesson should do it. You’ll never step out of your shower the same way again! (…deleting photo now…)